Animal Concern Cumbria was originally founded in the 1970s by Kay Callaghan, a lady who had a passion for making life better for needy animals.

Kay ran a small tea garden at her home in Skelwith Bridge, Near Grasmere where she promoted the work of helping animals to all visitors.

In 1981 Kay encouraged several like-minded people to join her and established a volunteer committee for the purpose of finding new homes for animals in need. This group expanded and they established the foundation charity ‘Animal Concern South Cumbria’, which was registered as a charity in 1982.

In its early years the charity expanded across Cumbria and several new sub-committees were formed including one in Workington and one in Keswick.

The Workington committee rented two allotments from Workington Town Council, then set up and ran kennels with volunteers. While these kennels did a superb job of holding dogs for re-homing there were no facilities and the kennels were generally inadequate. In addition, the Town Council notified the charity that they wanted the charity to vacate the allotments. So other premises were needed.

The Keswick group was led by a committed and hard-working lady called Mary Irwin. It was Marys passion to see the charity own a sanctuary, along with fundraising Mary left a sizeable legacy that enabled the charity to purchase land and property for that purpose. 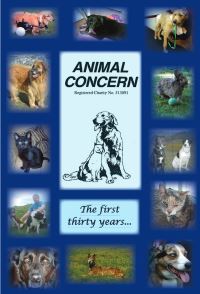 Present time (2020) the charity is still undergoing change and development and at the foremost of this is the need to completely refurbish the Mary Irwin site and facilities to make them fit for purpose and safe. This is currently in design and cost phase.